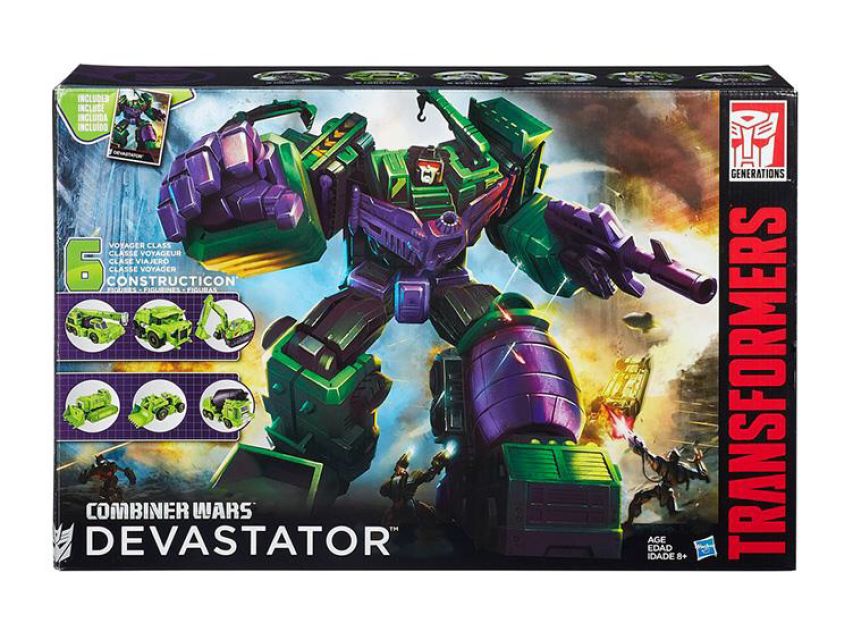 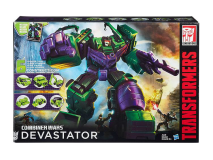 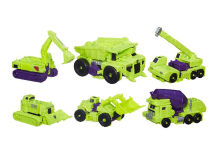 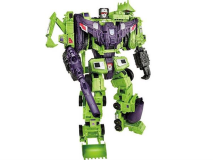 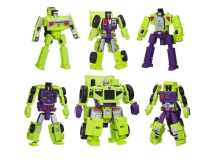 Devastator is a raging hammer of chaos, battling voices in his head one minute, then crushing his targets the next. He is the perfect weapon, held back by a single imperfection: the Constructicons struggle to successfully merge their thoughts into one cohesive action, making it difficult to focus the wrath of their combined form. If they were able to harness the full force of their collective power, they would give the Decepticons a weapon capable of pounding entire civilizations to dust. As long as that threat exists, Devastator will loom as a shadow across the universe, an enemy the Autobots -- and all the worlds they protect -- must fear.

This all-in-one Devastator set contains 6 Transformers Voyager Scale figures, 4 weapon accessories, and instructions, and comes with a collectible character card featuring art based on the Transformers Legends mobile game. Each figure converts from robot to construction vehicle and back. It takes 8-17 steps to convert between modes, depending on the figure.

Combine the 6 figures to form a giant Devastator figure .

Due to Hasbro packaging on the product, there may be some potential wear around the edges/corners, but no major dents/ding/crushes on the box (unless specified). Pictures are available upon request