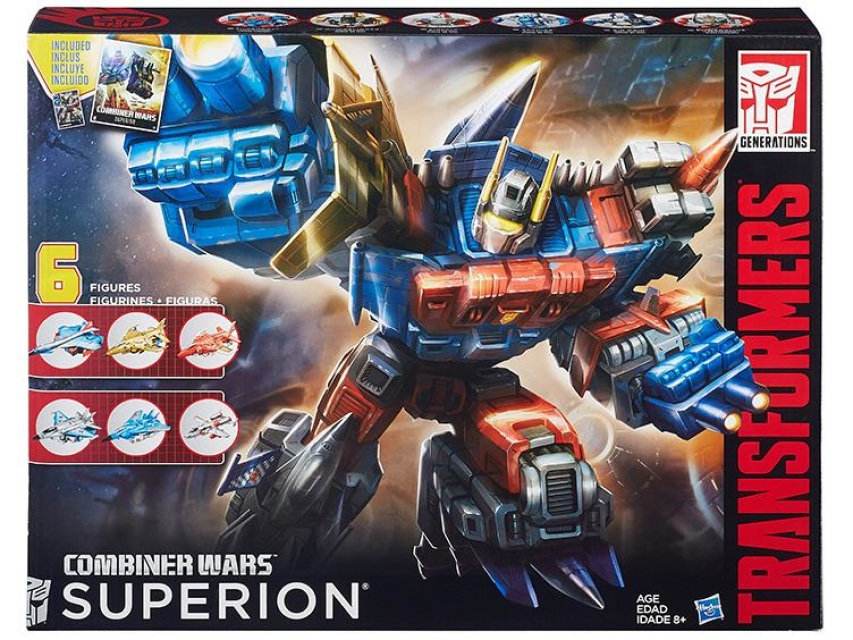 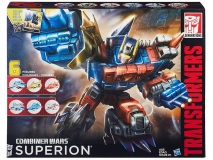 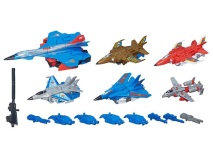 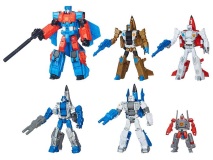 Superion is driven by one thing and one thing only: a desire to obliterate the enemy. He attacks Decepticons – on the ground or in the air – with all-out force.

Convert, attack and destroy with this incredible 7-in-1 Superion Collection Pack! There’s a whole force of Autobots in this pack and they’re spoiling for a fight with their Decepticon enemies. Whether these daredevil Autobots are in robot mode or jet mode, they’ll attack with everything they’ve got! And when that’s not enough, they’ll combine to form a massive, unstoppable Superion figure! Maybe the Decepticons could defeat Silverbolt, Skydive, or Firefly alone. Maybe Quickslinger, Air Raid and Powerglide won’t be enough to stop the Decepticon advance. But when they combine, Decepticons beware! Dominate the Transformers battle with your Superion Collection Pack!

Due to Hasbro packaging on the product, there will be some potential wear around the edges/corners, but no major dents/ding/crushes on the box. Pictures are available upon request