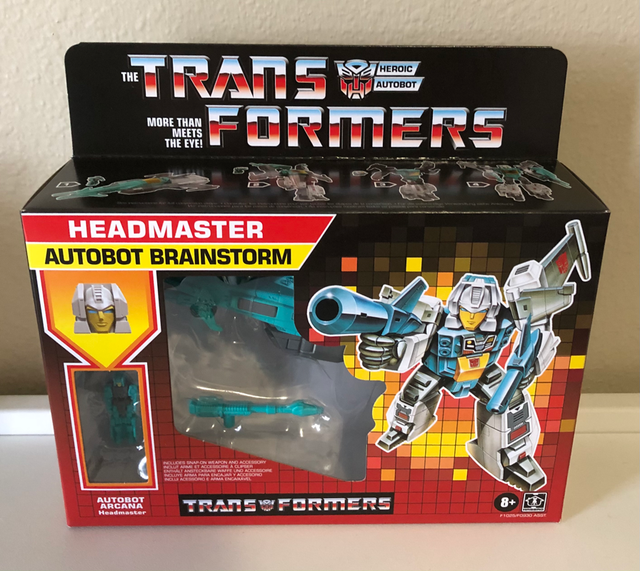 Experience the figures that started it all. This Transformers Retro Headmaster Autobot Brainstorm figure is designed like the original G1 version -- including figure styling, packaging, and art inspired by the 1987 G1 releases, plus classic tech specs and accessories. (Re)start a vintage Transformers collection with this Autobot Brainstorm figure.

Brainstorm is always full of ideas, often explaining a new one before finishing his old one. He and his binary-bonded Headmaster partner, Arcana, combined their expertise in medicine and biomechanical engineering to develop the technology that created the Headmasters.

Clip out and save the on-box tech specs to share. Look for other Retro Headmaster figures and see how your figures stack up against each other (each sold separately, subject to availability).

Transformers and all related characters are trademarks of Hasbro.