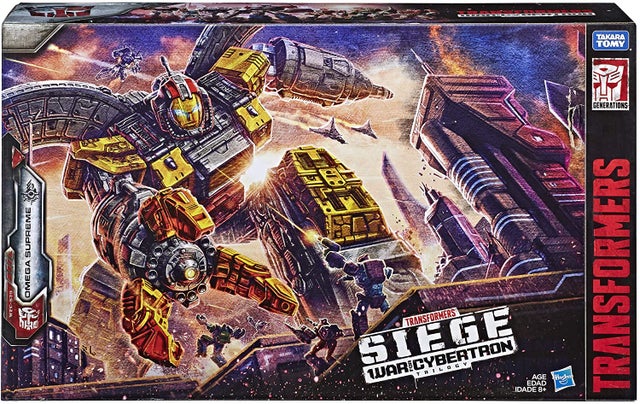 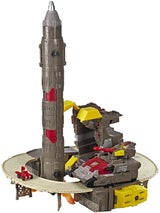 Build the ultimate battlefield with the Hasbro Transformers War for Cybertron: Siege Titan Omega Supreme figure. War for Cybertron: Siege plunges fans into the epic fight to survive on the final day of the Autobot and Decepticon battle to control Cybertron. As the Autobot counter-resistance takes on the Decepticon resistance army, the unyielding Autobot army captain and city defender, Omega Supreme, lies in wait -- the Autobots' last line of defense.

Due to Hasbro packaging on the product, there will be some potential wear around the edges/corners, but no major dents/ding/crushes on the box (unless specified). Pictures are available upon request